Welcome to the official RapidFit store, where you can find supplements and merch for the RapidFit community.

The set of circumstances that led to the creation of Project RapidFit is quite remarkable.

It was January 2020, the calm before the storm, and despite the occasional news report out of China about a new and deadly virus, the world seemed blissfully unaware of the magnitude of what was about to happen.

Lee Stuart had returned to his hometown of Coventry, England, after being away for 11 years serving as as a Royal Marines Commando.

A fitness expert, on leaving the Marines Lee had set up ‘Go Commando Bootcamp’ and built a successful business helping the good people of Coventry and Warwickshire get fit, improve their health and wellness and lose weight.

It was at his Bootcamp that Lee first met Kyle Barnes. 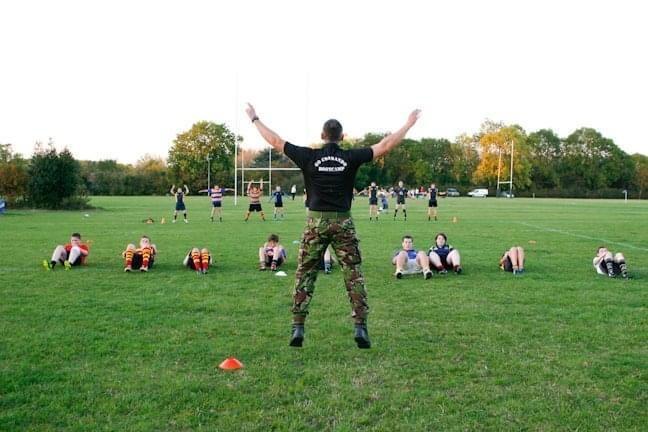 Kyle was aged 24 at the time and in the process of joining the Royal Marines. Lee had built a fantastic reputation for coaching and mentoring young men to success at the arduous P.R.M.C. (Potential Royal Marines Course), the infamous fitness tests one has to complete in order to be allowed to commence Marines basic training.

Under Lee’s mentorship Kyle attained a high level of physical fitness. However, when he went for his Marines pre-entry medical examination, unfortunately an old back injury recorded in his medical records prevented him from joining. He continued to train at Lee’s Bootcamp and the two became firm friends.

Fast-forward back to January 2020.

Always looking for ways to expand his fitness business, Lee approached Kyle (knowing he was a talented DJ and music producer) with an idea….

…and Kyle, using his musical talents, would help bring them to life with a fantastic motivational soundtrack.

The idea was that people could, for a small fee, download them straight onto their phones and have access to a top quality workout any time they wanted one.

The two went to work, and by mid-March they had 7 different HIIT workout tracks in various stages of completion, and a half built website! 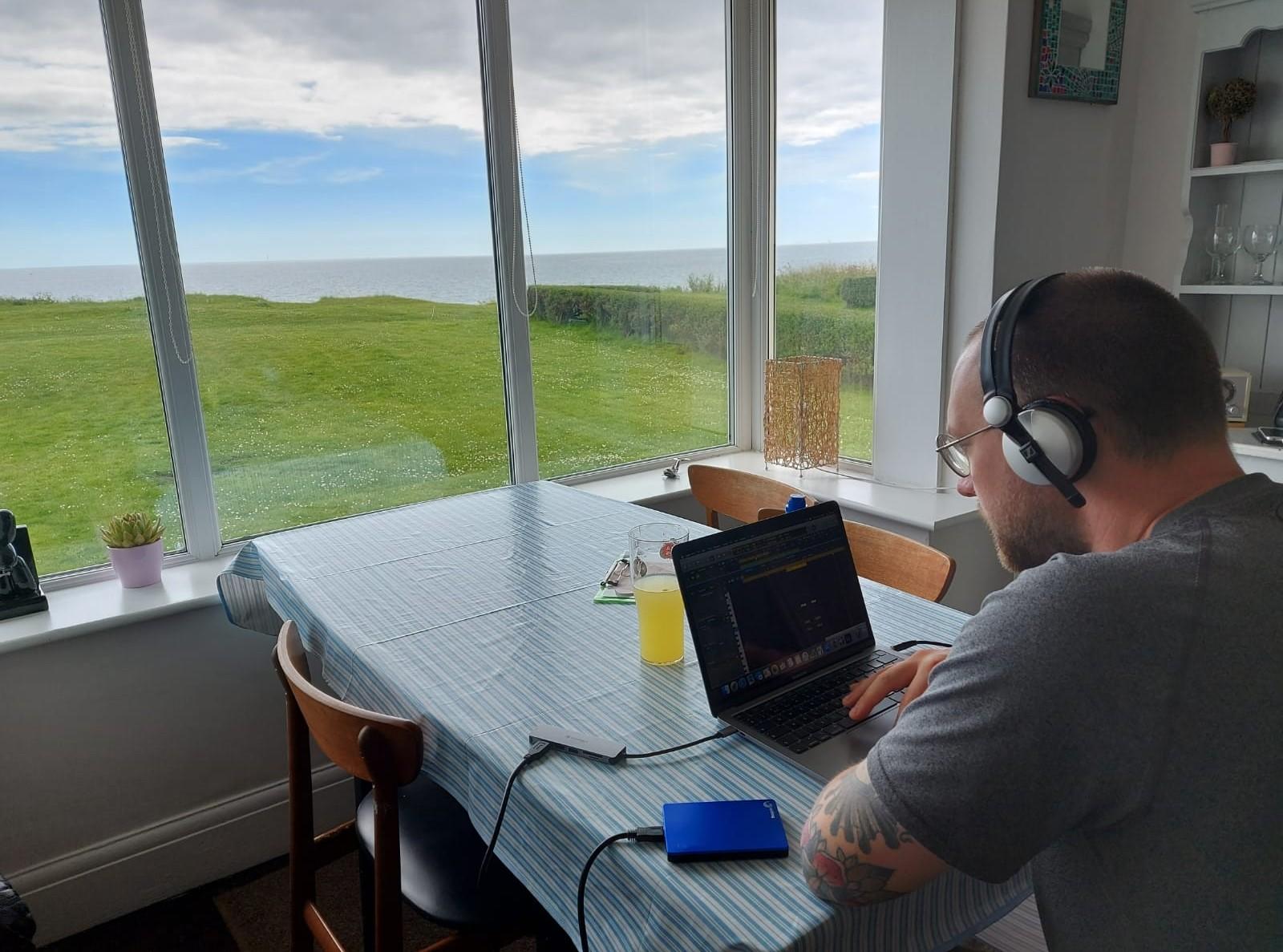 Lee was busy tweaking the workouts to make them as challenging but enjoyable as he could, and Kyle was fine tuning the soundtrack to make the music absolutely banging.

By this time, it had also become apparent that disaster was just around the corner.

People were dying in their thousands in Italy and Spain, and according to news reports the UK was 3 weeks away from sharing the same fate.

Panic began to set in.

People were stripping the shops of food, hand sanitiser and toilet roll as the government began talking about a ‘lockdown’ for the first time.

And on March 26th it happened.

The U.K. officially went into lockdown.

And this had particular significance for Lee and Kyle.

Both lads had battled mental health issues in the past and knew that being in the house all day with nothing to focus on wasn’t good for you.

Lee and Kyle understood that lockdown was going to mean that many other people were about to go through a particularly tough time - physically, mentally and emotionally.

Having both overcome their own personal demons - both lads knew that demanding physical exercise was an important part of developing and maintaining good mental health.

So, after a very quick board meeting, the two decided to abandon their original business idea.

Instead of using the newly created ‘RapidFit’ workouts for a commercial enterprise, they decided to release them online completely free of charge.

Kyle worked day and night to get all the tracks completed and Lee laboured away (with a lot of help from his partner Holly) to get the website finished.

And the result was… 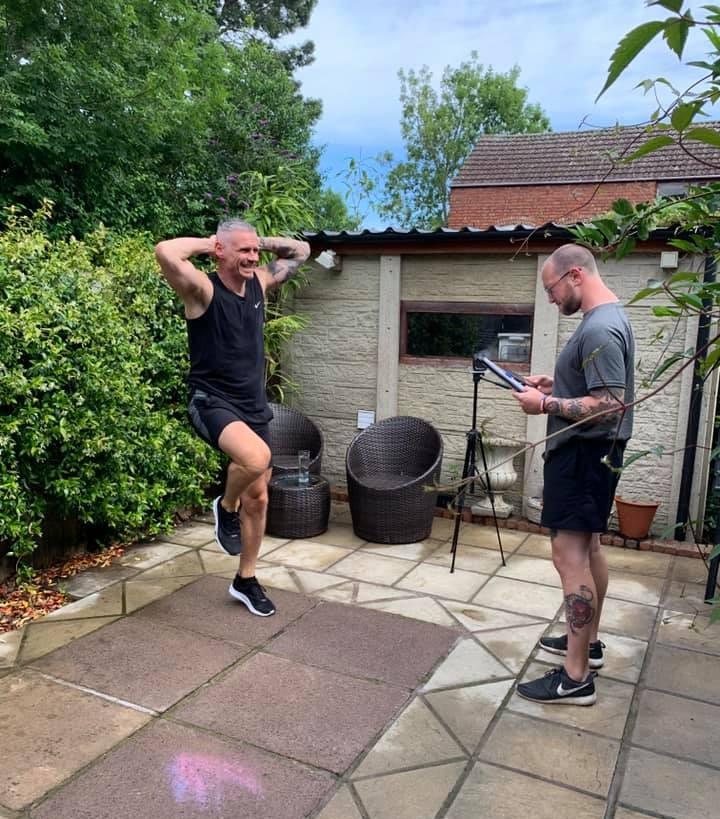 Before the lads knew what was happening, there were over 3000 people from all over the world in the RapidFit online community. Hundreds of people were downloading the tracks from the website. And messages and emails were coming in daily from people all over the globe saying that the RapidFit workouts were keeping them sane through lockdown.

Participants were also reporting losing weight, feeling so much fitter and healthier, and noticing that they felt more vibrant and energised. Project RapidFit had achieved it’s aim and was a re-sounding success!

But then that led to the next dilemma… What to do with RapidFit once lockdown was over? Thousands of people had fallen in love with RapidFit and the community had become a big part of their lives. It just didn’t seem right to suddenly close it down nor start charging people money for accessing it.

So. Lee and Kyle had another quick board meeting and (in their words) thought: ‘Fuck it.’ And just carried on running Project RapidFit for free!

So here we are.

You have no items in wishlist.

You have no items to compare.